If you still don’t understand what does it mean to be an empath. Then take a look at this list with the most important empath traits and discover today if you are one of them.

The chances are that you have already met a person with this psychic ability in the past.

In this article, we are going to share with you some highly sensitive people traits. This knowledge of these features is essential to identify a true empath.

The person doesn’t have to fit exactly with the description provided but he or she must show the majority of the signs on this list. 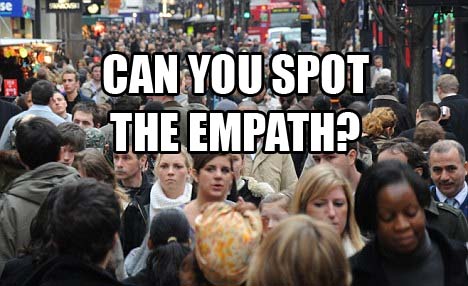 Essential Traits of an Empath

This is difficult to explain even for an experienced empath. As they are connected to the feelings and not to the thoughts, it is not simple to translate it into words.

But they are constantly aware of the situation around them just by sensing the emotions around them.

The mood of a person with empath powers constantly changes throughout the day. They are highly in touch with the emotions of any person that has contact with them. This has a huge influence on their own feelings. 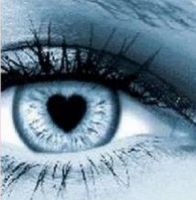 You probably have heard before that an empath is like a sponge of feelings. A lot of people in one place is having a lot of different feelings around your head.

Imagine that you enter a small room with over 20 people and all of a sudden everybody starts screaming to you. This is similar to what an empath would feel.

The only reason that empaths are not hired by the police to perform lie detection tests is that there is not enough scientific information to back this trait. It is virtually impossible to hide something from empaths with experience.

This is one of the most significant empath traits of all. As they feel others sorrow as their own. They try to do everything they can to bring smiles and positive thoughts to the world.

Because of the compassion that we have just mentioned, many empaths are interested in becoming doctors or paramedics. They try to fit in a field where they can use their empathic skill to help others.

This is one of the most frustrating feats for anyone with this sensitive psychic power. As they are constantly aware of every feeling around them, it becomes hard to concentrate on a single task while being around others. They prefer to work on their own. Sometimes this is not possible and that is why they seek for help learning how to cope with being an empath. 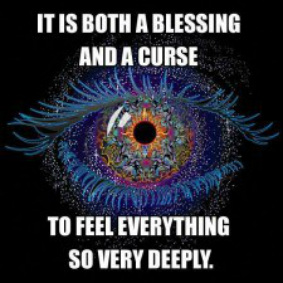 8. The constant need for ‘alone time’

If you feel tired after a stressing day of work, now imagine how an empath would feel. They do not only have to deal with their own thoughts. They have days when they are carrying everyone’s feelings too, for this reason, they need some time on their own to ‘discharge’ those emotions.

For some people in the empath community is totally impossible to lie or simply to avoid telling the absolute truth about a certain situation. They find untruthful people and liars are very unpleasant and avoid becoming one of them.

Definitely the most obvious of all the characteristics of an empath. They are the perfect people to talk to because they feel a true interest in all your problems. They like to do everything they can to make others feel better and forget about sad emotions. This is deeply related to the specific skill called empathic listening.

This is also an empath trait difficult to explain. Animals also have feelings and they leave some kind of emotional vibration on food that we obtain from those animals. If the animal suffering, the empath will instantly get a bitter taste from the food even if it is still fresh.

12. Strangers offload problems to them

It is really common that people around empaths feel a necessity or an urgency to share their personal problems.

This is because of the honesty and compassion energy that they release from their bodies.

When an intuitive empath has an instinct about something, they rarely are wrong. They are so connected to the feelings of everyone involved that, in a certain way, empaths are able to see the future in some situations.

14. They rarely enjoy a movie

For them to really enjoy going to the cinema, it has to be a really good movie with good actors. As an empath sees thru the real feelings of everyone in the movie, if the acting is not correctly performed, the empath just will not get into it.

An empath does not find difficult to cry, even in public places. This is a healthy and common way to unload all the emotions and feelings that they have been carrying during the day. Sometimes it just happens without a specific reason.

This is one of the strongest psychic empath traits. With enough experience, they are able to understand most of the human feelings and that is why it is simple for them to transfer them to others.

The same as we mention with the emotional vibration that animals leave on the food we eat. Humans leave a similar kind of vibration to their belongings. This is considered as extra weight for empaths that they prefer not to carry.

Chances are that if you know someone with two or more of the listed traits that means that he or she is an empath. You can make sure of that taking our online empath test for free. This is probably the best tool that you can use to be sure.

Remember that this list represents the most important and common empath traits. There could be some differences and this is because every person is different and have a different way to deal with their feelings.

Learn How To Read The Secret “Signs” From The Universe To Guide You Toward Limitless Wealth, Success, and Happiness! 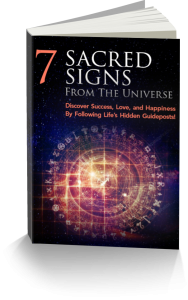